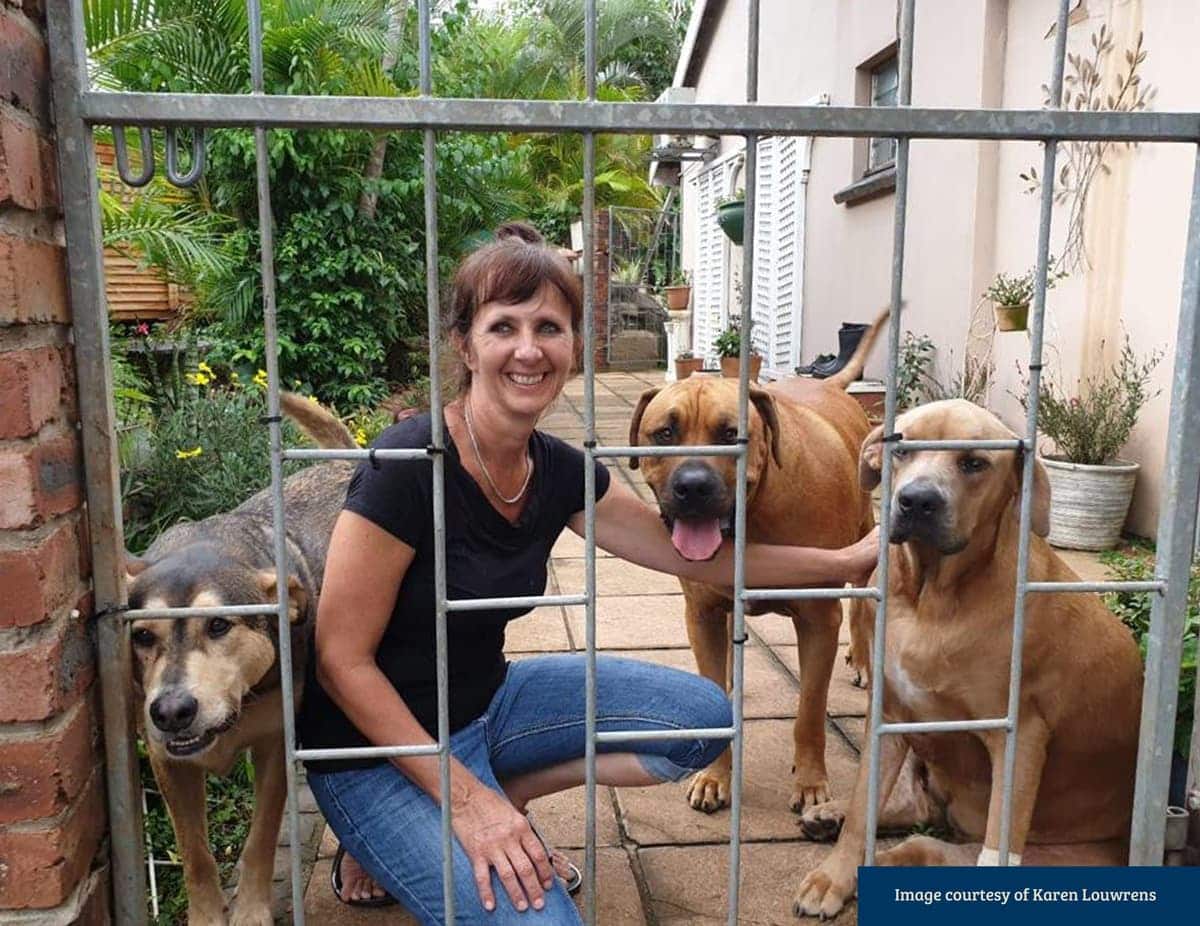 When three dogs went missing in Westville, west of Durban, their owners, Blake and Karin Louwrens, had no idea how firmly the community would stand behind them. Not only did Blue become an unlikely poster girl — she also inspired a new non-profit organization called the Blue Bundu Brigade. JOCK spoke to the Louwrens’ friend and co-founder Karen Janisch to find out more.

The story starts with a small human slip: a gate left open. Out went the Louwrens family’s three dogs, exploring the neighbouring nature reserve. Two of the wanderers were soon found. But not Blue, a Boerboel cross with a mind all of her own.

“Blue is a skittish fur baby, but when she loves, it’s definitely a love you can feel,” says Janisch.Desperate to find Blue, the Louwrens family went to social media for help.

“The response was phenomenal,” says Janisch. “People joined the searches from various areas at times that they could. Searches were well conducted using drop pins to show where teams were searching. All searchers had to join the WhatsApp group so they could be in contact with someone at all times.”

The search took on a life of its own, with strangers coming together and cooperating, even risking their own safety.
“Three searchers were hurt during the search: one searcher slipped and fractured her fingers which required surgery, another searcher fell off a log into the river, injured herself and was airlifted to hospital for medical attention and another searcher was stung by bees and re-quired medical attention,” says Janisch.
“The most amazing thing to see was how so many people came together to look for a fur baby that was not even theirs — people who didn’t know each other or even seen each other be-fore gave of their time to search, asking nothing in return.”

The help of animal communicators, including Kim Tully, was eventually also brought in, which gave valuable insights. Finally, after 10 days, the hard work paid off and Blue was found by Blake in a community member’s yard. Understandably, Blue was a little dehydrated and suffered minor injuries, but apart from that, was declared perfectly fine by a vet.

However, with all of the positive energy going around, the story couldn’t simply end here. Mem-bers of the search party continued to look for lost dogs and they decided to register a non-profit organization called the Blue Bunda Brigade — a homage to the heroin that inspired the move-ment.

Registering a fundraising platform on Candlesticks, the aim is to raise money for food, vet bills and other costs in order to help a range of non-profit organization in the area.
“Working in rescue, there is just so much going on out there. So many unwanted animals, injured animals, abused animals and the list goes on,” says Janisch.
“We strongly believe in working together and to assist where we can, because at the end of the day, it’s our responsibility to help our furry friends.”

To make a contribution, visit the Facebook page or email [email protected]. 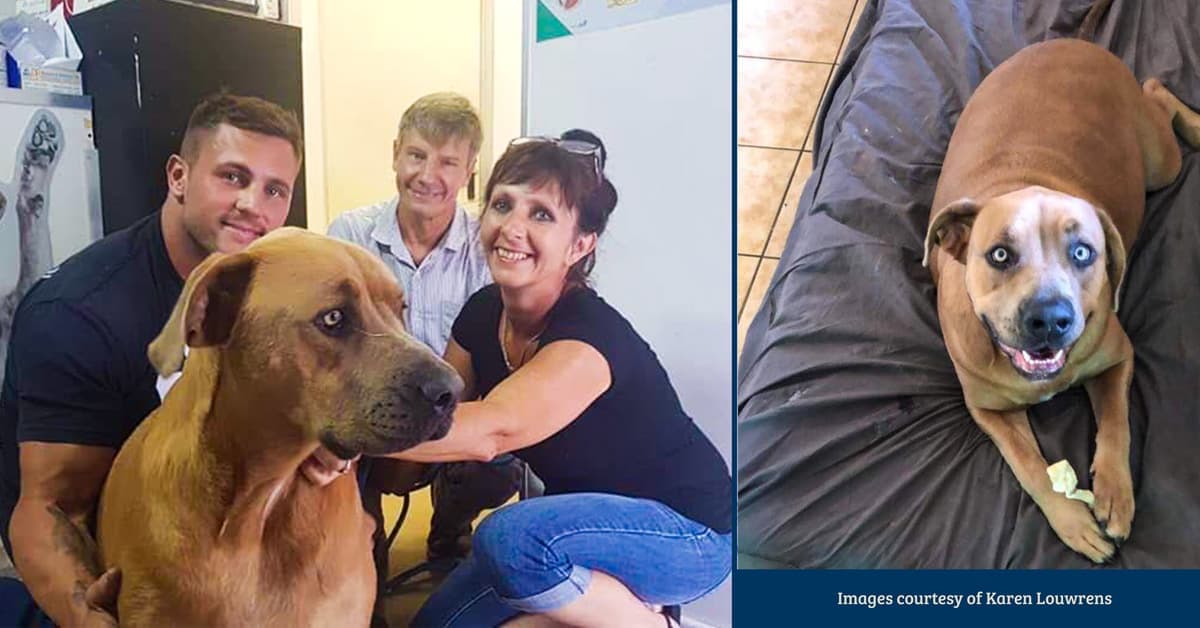 Legends: A halo of hope in Hoedspruit

This month’s JOCK legend: you!
Scroll to top