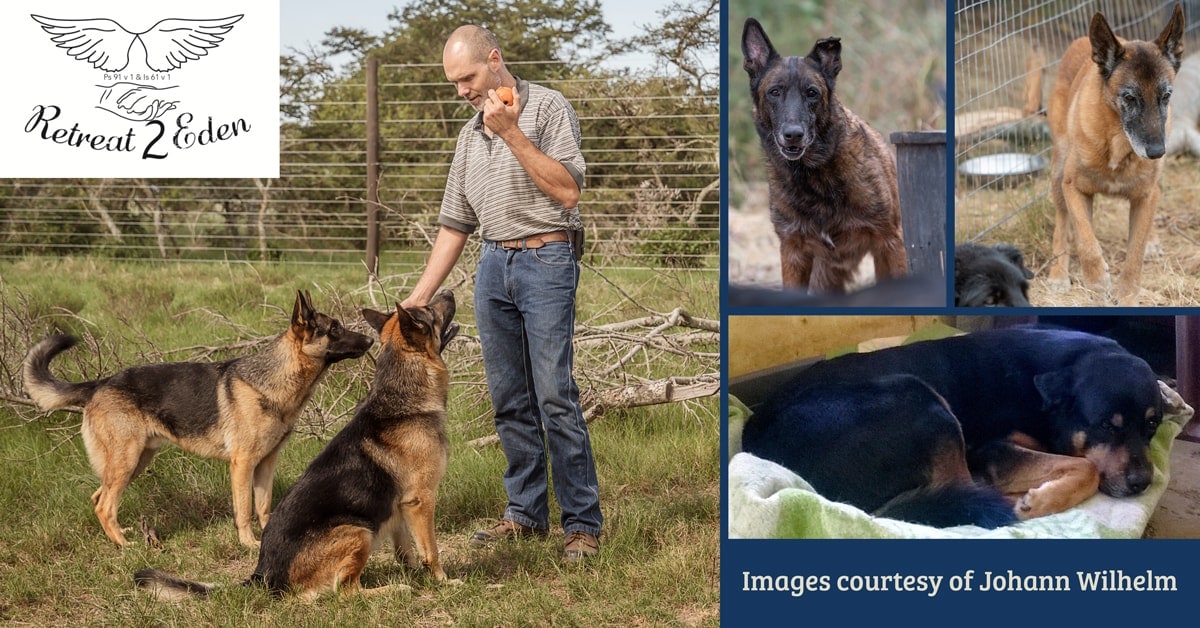 It was Mahatma Gandhi who said that the greatness of a nation can be judged by the way it treats its animals. This thought can perhaps be taken further: how do we treat our old animals — the dogs who’ve given their lives to serve us? Lynne & Johann Wilhelm’s organization, Retreat 2 Eden, has a unique project which focuses specifically on retired service dogs. We spoke to Johann about their K9 Hero Project and got inspired.

Over the years, JOCK has featured several service dog heroes. Just think of Stoffel, Olive or Savage, to name a few. The sad truth is that not all service dogs have a safe, happy place to live out their last years. The K9 Hero Project at Retreat 2 Eden honours these heroes and helps them to adapt to normal life after their action-packed service career.

Some of the biggest challenges involve the re-socialization of these dogs.
“Many of these dogs lack socialization with humans and other animals. Some are emotionally traumatized and some are battling physical wear and tear due to hard work and old age,” says Johann.

To overcome these challenges, a 6-step bridging programme is followed.
“It begins with building a relationship founded on firm, but gentle love and trust earned,” says Johann.

Upon arrival at Retreat 2 Eden, the K9 Heroes are placed in a farmyard— a natural environment with grass and trees, shade, shelter and space to run. After this, they are placed with canine friends according to their individual personalities.

“As soon as they are ready to be introduced to the main group, the rehabilitation rate escalates due to the stable family unit of dogs who help in ways we do not always comprehend,” says Johann.

The dogs are assessed according to their personalities, emotional and physical well-being and ability to fit into a normal family environment. The end goal is to rehabilitate the dogs in order to re-home them with families —whether on a farm or in the city. The project’s work involves all the steps —from socializing the dogs with other animals to finding a potential home that matches both the dog and the family’s personalities and needs. Assisting the adoptive home to makes sure the integration goes smoothly is also part of Johann & Lynne’s work.

Based in the rural Southwell area near Port Alfred in the Eastern Cape, Johann & Lynne’s history with animals goes back long before they registered the organization as an NGO in 2005. We asked Johann how many dogs they’ve helped.
“We have not been keeping count – it has just been about helping as many as we can. Conservatively speaking, well over a thousand since starting.”

Johann also points to something that we’ve seen with every human hero we’ve featured — the incredible emotional fulfilment that humans experience when helping dogs.
“The opportunity to help is a privilege which has been such a blessing to us, adding a depth and completeness to our lives which money cannot buy. To be able to walk among numerous and diverse types of creatures, surrounded in every direction, and experiencing the love these phenomenal souls radiate, is an unspeakable joy.”

To find out more about adopting a dog or to make a contribution, go to Retreat 2 Eden’s Facebook page or contact Johann and Lynne at [email protected] 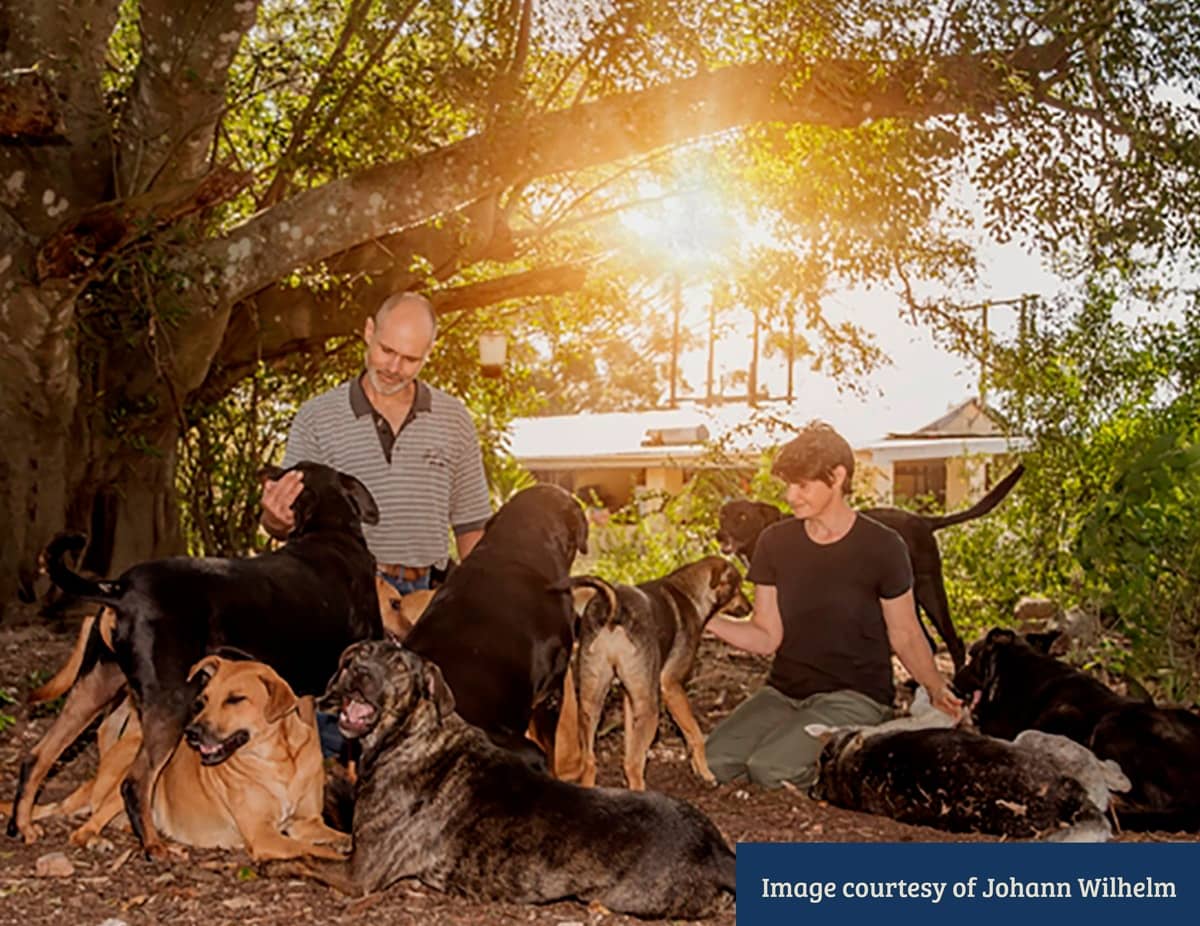 Coming to the rescue of an old faithful friend

Hunter with a heart of gold
Scroll to top