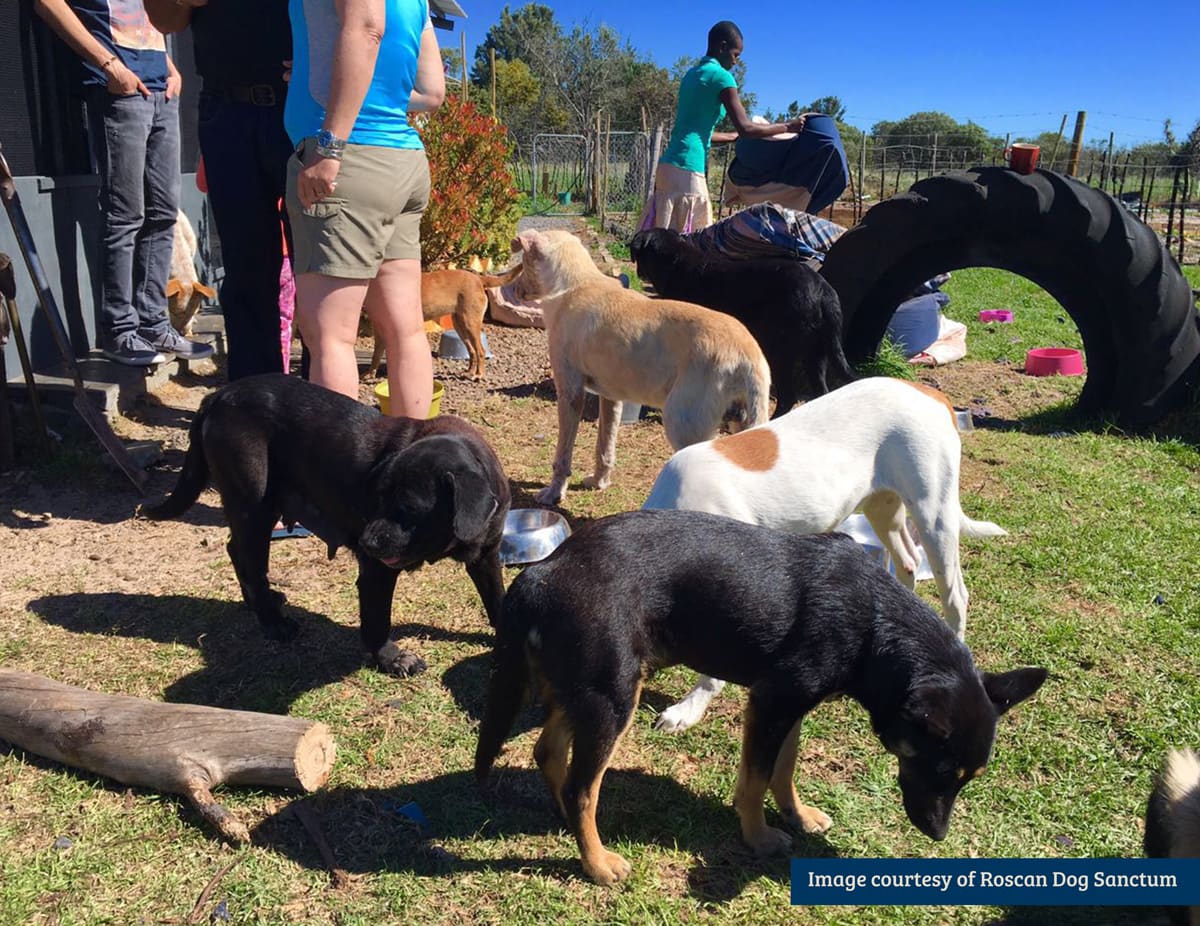 Just off the N1, on a farm outside a town called Touws River, an extraordinary couple has created a canine retirement home for the elderly, the sick and the desperate, aptly named Roscan Dog Sanctum.

There is a scene at the end of South African Nobel laureate JM Coetzee’s most well-known novel, Disgrace. The fallen hero, David Lurie, has turned his back to life in the city and spends his days helping out at a friend’s dog shelter in the Eastern Cape. However, the influx of sick and broken dogs is just too big, resulting in the inevitable outcome after a period of grace for each dog: euthanasia. David gets attached to one particular maimed dog, but as the novel ends, this dog’s time has also come:

He opens the care door. ‘Come,’ he says, bends, opens his arms. The dog wags its crippled rear, sniffs his face, licks his cheeks, his lips, his ears. He does nothing to stop it. ‘Come.’

It’s a heartbreaking scene and a reality that most of us don’t want to face. Yet this is exactly what Duncan and Rosemary Briggs do day after day. However, at Roscan Dog Sanctum, each dog is given a chance to live out its last years or months surrounded by love and other dogs on a tranquil farm outside Touws River in the Karoo.

For Rosemary and Duncan, the act of caring for the old and the sick came naturally. After adopting their first rescue, Roxy, in 2015, three others, Dude, Max and Jack, followed. However, after following several groups on Facebook, they soon realised how great the need was to care for homeless dogs. After accepting their first foster dog, who came with mange off the street, their home’s doors were opened, never to be closed again.

“I had never had a dog that wasn’t healthy,” says Rosemary.

“We just fell in love with nursing the weak and frightened. Soon the house in Parow became too small for all the dogs, and we moved to a small holding in Atlantis… That is where we truly started to make a difference. After only a year, we found the farm in Touwsriver, and we knew that this was going to be our life forever.”

Currently, Roscan (the couple’s ‘take on Brangelina’ — Rosemary + Duncan) houses 42 dogs, with two in the process of finding their forever homes elsewhere. One of the challenges of being further away from the big cities is that transport costs are a major problem. The vet is 60km away, while potential adopters also want to see the dogs first, so prefer to rather visit animal shelters in and around Cape Town. Yet Rosemary and Duncan are determined to keep providing the safe, peaceful shelter to the canine souls under their care. One such soul is Grace.

“Grace was brought into a spay-day in Valhalla Park. She was near death from starvation and was obviously a bait/fight dog. The vet on duty decided that euthanasia was the most humane thing to do. She got the pre-med for the final injection. One of the volunteers just couldn’t let go and they called me and said: “If you say you will try, we will bring this girl to you… if you say no, we will send her over the rainbow bridge.”  I said yes and Grace arrived, still drunk from the meds. She is now the most beautiful, serene soul we have here.”

It’s stories like these that keep the Roscan Dog Sanctum filled with joy and the courage to continue their sacred work.

To help Rosemary and Duncan to keep doing what they do by adopting, sponsoring or donating, contact [email protected] or phone Duncan on 076 694 6223 or visit roscan.co.za 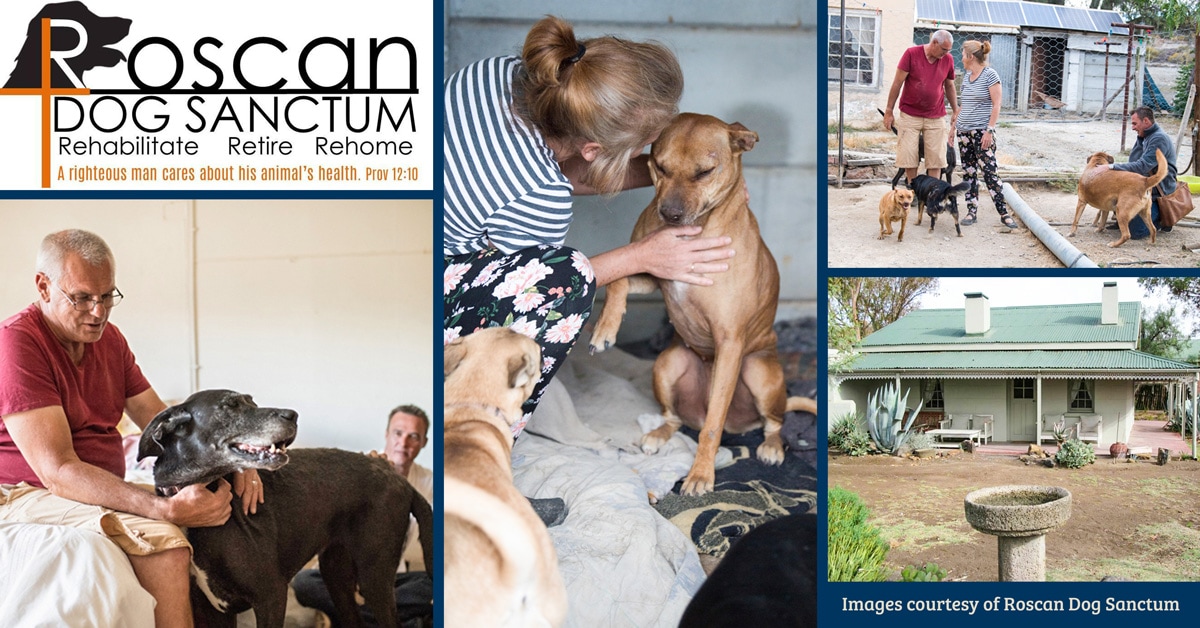 Ask the expert: Cataracts: what to look out for
Scroll to top