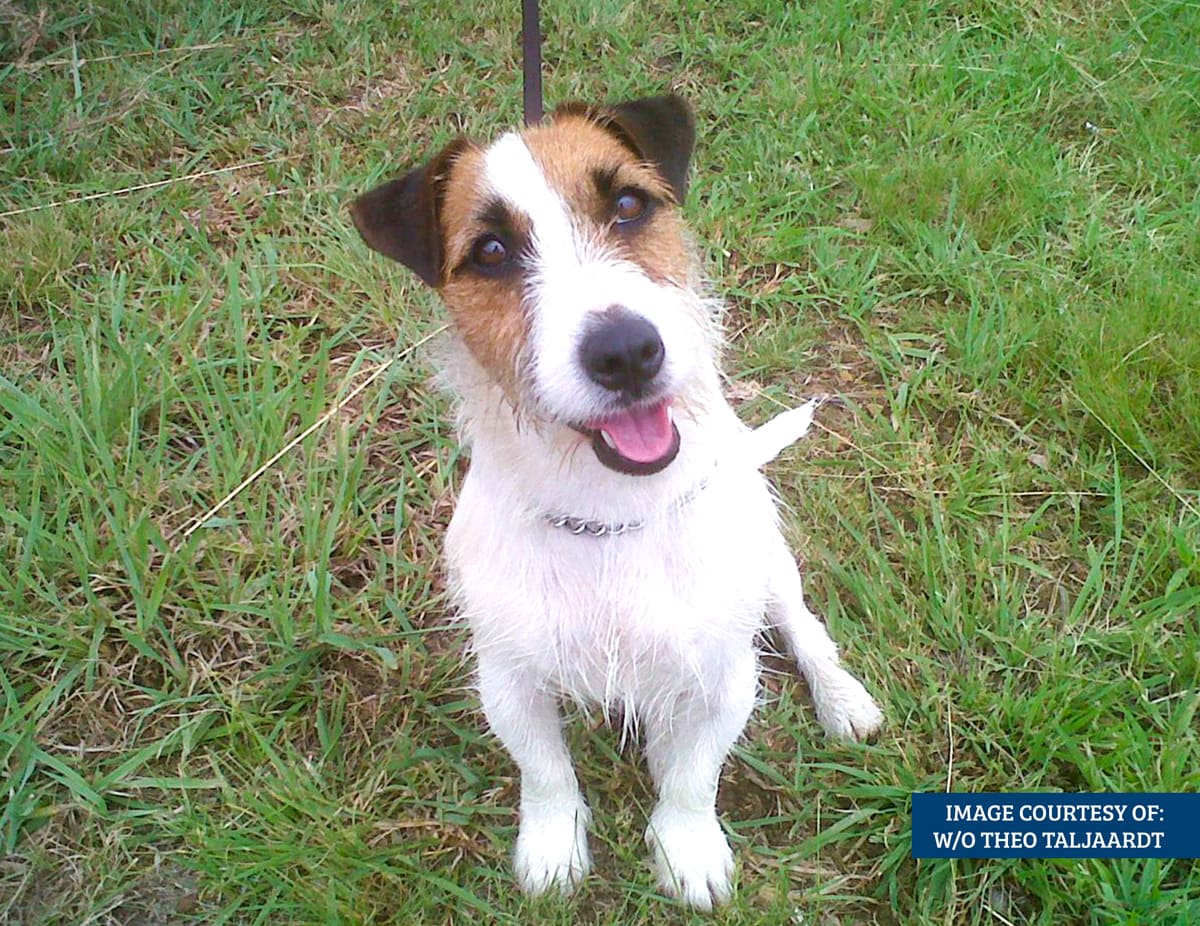 There’s this public perception about your average police dog. It’s the vicious German Shepherd, riding at the back of a police van, ready to pounce with speed and aggression the moment its let loose on the unlucky souls who stepped onto the wrong side of the law. Or the English Bloodhound, slobbering away as he pulls Sherlock Holmes along the scent of a conniving criminal.

Yet, there’s another side to the brave K9 cops of South Africa. Meet Stoffel, one of the specialist dogs at the SAPS K9 unit in Pretoria. Stoffel does not fit the stereotype of ‘police dog’. In fact, one could be forgiven for thinking old Stoffel is just your normal playmate of a family’s children in the suburb.

But don’t be deceived. Behind the friendly, happy-go-lucky face is a detective brain that works overtime. Because Stoffel, the small 6-year old Jack Russell, is, in fact, a specialist biological detection dog who has been working alongside his handler, Warrant Officer Tommie van Staden, for more than 4 years. Stoffel can smell trouble a mile away, and is the unlikely hero they introduce when biological evidence is what they’re looking for at a crime scene. Stoffel’s thing is sniffing out blood and other bodily fluids. If a murderer or rapist left DNA evidence behind, you can bet your life on it that Stoffel will find it and wag his tail enthusiastically.

Yet not every dog is cut out for this kind of work. According to Warrant Office Theo Taljaard, the Training Manager at the Pretoria K9 Unit, dogs are carefully selected and accessed by an expert panel. Potential candidates then go through rigorous training at the Roodeplaat K9 Training Academy before earning their stripes as either patrol dogs or specialist (sniffer) dogs.

Not all dogs have the right temperament or ability. Traditionally, certain breeds are preferred across the world for police work. Border Collies, German and Belgian Shepherds, Bloodhounds, Cocker Spaniels and Dobermans were the usual suspects. Yet, surprisingly for many, the majority of specialist dogs, or ‘sniffer’ dogs, today are Labradors or Golden Retrievers. Even Rottweilers work in the unit to sniff out explosives and drugs. And then, the enthusiastic Jack Russells like Stoffel.

“We look at a dog’s eagerness and abilities. If a dog is keen to play and retrieve a ball, it’s the first sign that it has the willingness and intelligence to be trained as a police dog.” Sadly, the numbers of trained police dogs nationwide have been dwindling. Buying purebreds dogs are expensive, so SAPS relies heavily on donations of young dogs from the public. Dogs between 9 months and 2 years are considered. If a slightly older dog shows exceptional potential, he might make the cut.

Naturally, there is a very close bond between the dogs and their human handlers. Every dog has one handler, and often the bond is a lifelong one. When a dog reaches its ‘retirement’ age, usually after 10 or more years, its handler gets the first option to buy the dog and let it live its retired life at home — a well-deserved rest after many years of loyal and unselfish work in the service of the general public.

Here’s a warm JOCK salute to Stoffel, and all the other unknown K9 cop heroes! 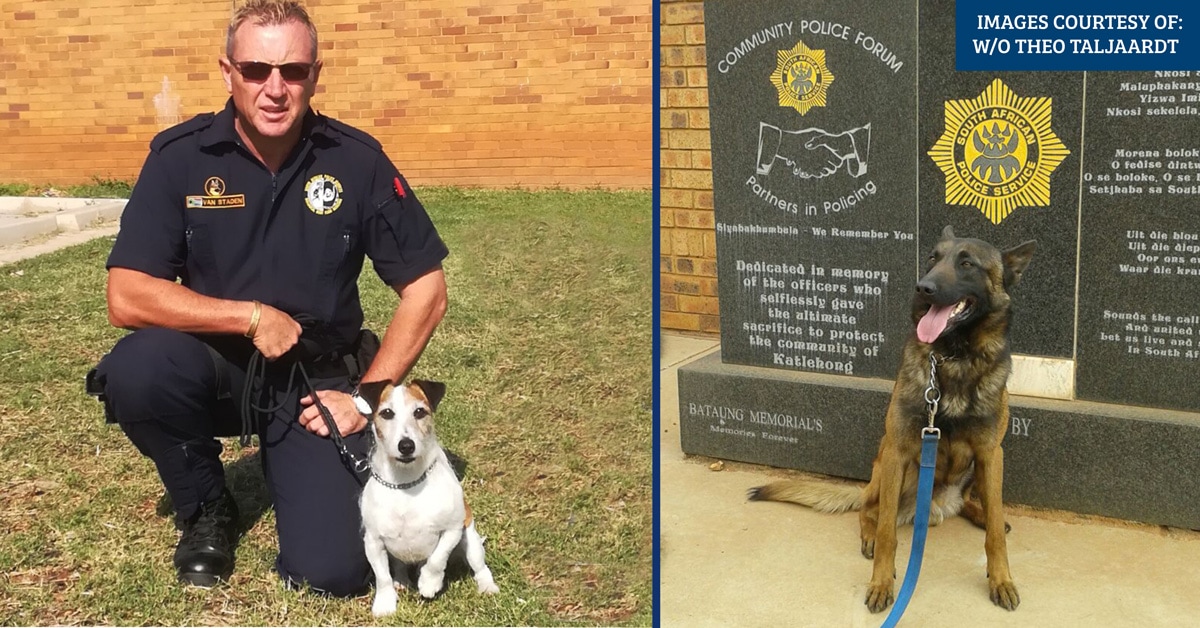