The police in the Western Cape has their hands full with drug dealers. Luckily, they have one member on their team with a nose for the job. Meet Savage, a three-year old Sable German Shepherd who has just received a South African Police Service Medal for his outstanding work in sniffing out drugs.

As part of Cape Town’s Metro Police K9 unit, Savage is one of 25 dogs based and trained at the K9 Unit in Parow. These include Labradors, German Shepherds, Dutch Shepherds, Bloodhounds, German Pointers and even a Pitbull cross and Cattle Dog cross (if you remember the story about Stoffel, you’ll know that even Jack Russells can become outstanding undercover cops). Working with 16 well-trained handlers, these dogs specialise in narcotics detection, explosive detection, copper detection, and urban man trailing.

When it comes to sniffing out hidden drugs, Savage is the undisputed champion. According to official statistics, Savage has sniffed out drugs with a street value of R160 000 this year alone. Most of these have happened at a known drug hide-out in Bellville, with Savage finding the loot under cars, hidden underground and even in trees. And while these drug discoveries do not necessarily lead to direct arrests, these drugs are taken off the streets and make life harder for drug dealers, who come up with ever more creative ways of hiding the drugs from the police.

Importantly, Savage also seems to be setting a fine example for the other dogs at the K9 unit in Parow.
“A number of our canines are new, and so officer Savage is setting a wonderful example for the rest of the team,” said Metro Police Chief Wayne le Roux upon the awarding of Savage’s medal.

“His performance in the first six months of this year has been noteworthy indeed, officer Savage is an asset to our efforts to curb the illicit drug trade, and we felt it appropriate to award him with a service medal in recognition of his efforts.”

Of course, Savage does not operate alone but in close partnership with his handler, constable Mosuli Faku. The two have been a team since they completed their formal training together in 2016. Their average day together includes an inspection of the kennel, exercise and obedience training on the training field and operational work which includes searches of premises, open areas and vehicles. The two are also involved in social interventions like drug awareness dog shows at schools.

Perhaps the value of Savage and the other service dogs is best encapsulated by the fact that they’re not referred to simply as dogs but as ‘officers’. And sitting next to constable Faku, wearing his service medal, you can almost see a proud smile on Savage’s face… 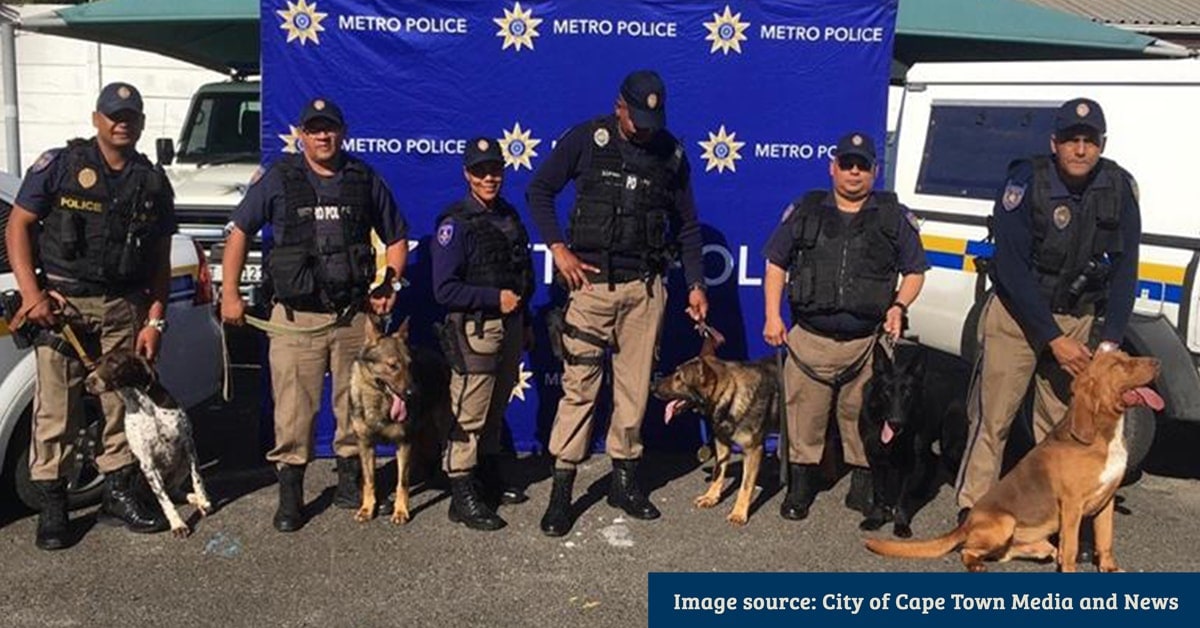 This month’s JOCK legend: you!